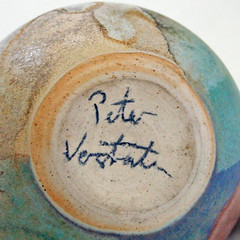 Members added 13 new topics to Australian Potters’ Marks in April 2016 and we also significantly updated two more. As usual, the list includes an eclectic mix of potters from most states but with a bias this month towards Western Australia and the ACT. Familial connections are evident in two cases: Gerda Shelsher started to train as a potter in the late 1970s, introducing her daughter Amanda, now a significant Western Australian ceramic sculptor, to clay at the age of 10; and Debra Boyd-Goggin met her husband Christopher Harman when they were both studying at the Australian National University in the early 2000s.

Here are the topics added or updated in April 2016: