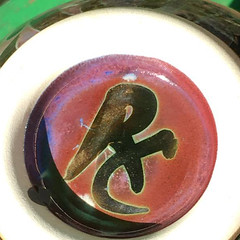 During February, 2017, we added six new topics to Australian Potters’ Marks and updated three more. Among the new topics are entries for Beryl Armstrong and Seaton Grant. Both were based in Melbourne with Armstrong a studio potter practicing from the mid-1940s to the early 1950s, and Seaton Grant – actually a company with five partners – producing mainly slipcast work until about 1955. The other new entries are for Jeannie Fletcher, Ruth and Nicholas Heiderich, Lynda Kent and Mt Ben Pottery. We have updated Brian Kemp’s entry to record his passing on 3 February, 2017; and we have also updated the entries for Bob Connery and Tony Carlin to reflect new marks.

Here are the topics added or updated in February 2017: