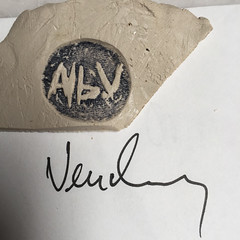 During July 2017 we added 9 new topics to Australian Potters’ Marks and updated the entry on Michael Pugh. the new entries include the Queensland potter Albert Verschuuren as well as the Little Sydney Pottery  which produced slipcast wares from 1955 to 1970 and again under the Woonona Pottery label from 1985 to 2000. Also in July we included several potters whose marks were published in the printed directories even though we do not yet have examples of their works.  This task is almost finished but we still have some dozen or so entries from the directories that have marks recorded that need to be included in Australian Potters’ Marks.

Here are the topics added or updated in July 2017: